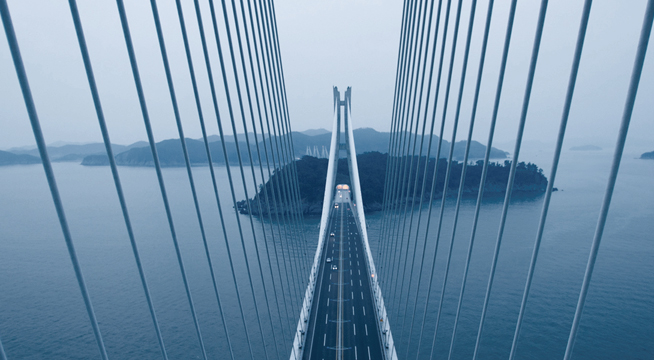 Our advanced civil engineering and building capabilities are making a considerable mark in the history of construction at home and abroad. Such experiences and expertise are now providing the foundations for luxury lifestyles and industries all over the world.
Our business territories are now expanding into Asia, the Middle East, South America, and Africa.

Daewoo E&C changes and enriches lives by leading the construction of large-scale highways in South Korea. We are also world leaders in the use of tunnel construction to maximize efficient use of land. The Inje Tunnel of the Donghongcheon-Yangyang Highway won the “Civil Structure of the Year” award in recognition of its minimal environmental impact.
We have also carried out grand-scale overseas projects such as the world’s largest highway project undertaken by a single company in Pakistan, making us a global powerhouse in the highway construction sector. 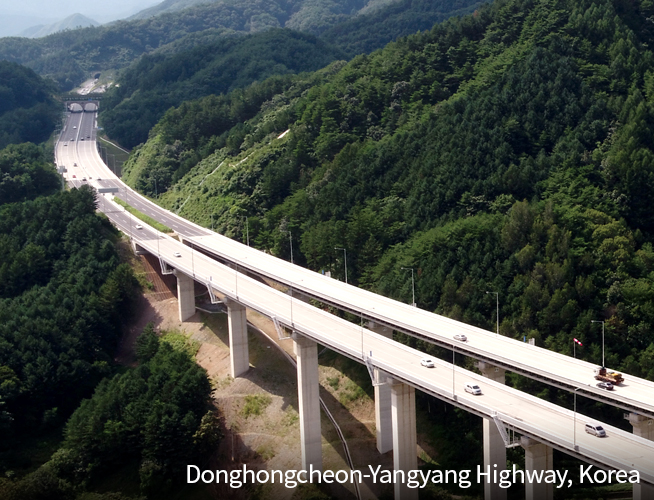 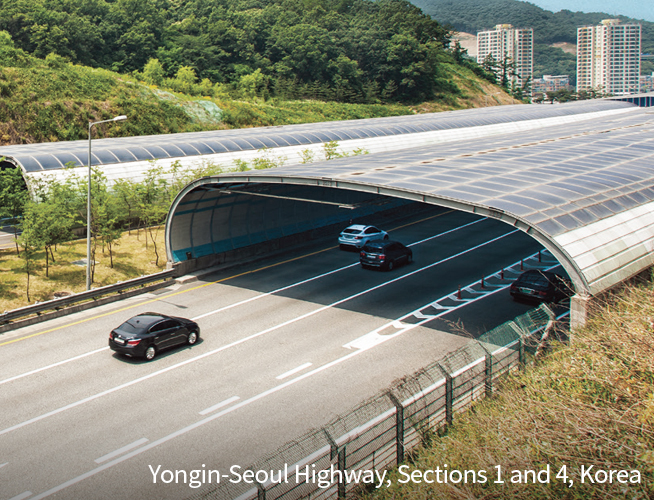 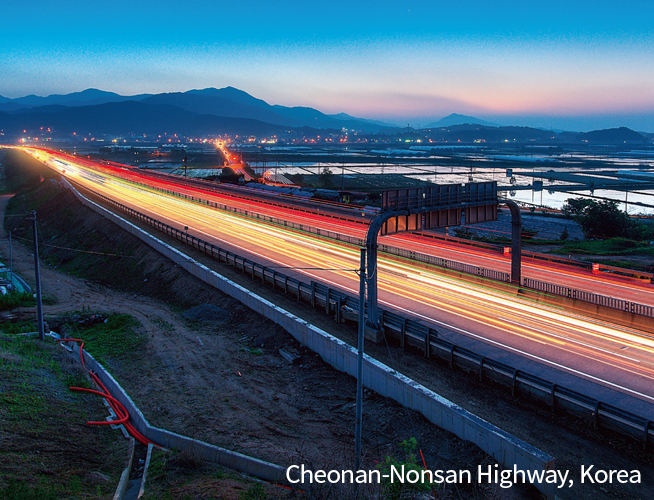 Since Daewoo E&C began building roads and bridges in 1978, it has built a number of major national infrastructure. Daewoo E&C is committed to applying our advanced technology to build convenient, yet beautiful, roads and bridges. The 8.2 km Geoga Bridge, which connects Geoje and Busan, drew international acclaim as being the world’s longest structure built at the deepest underwater depth. Overseas, we have built marine bridges in Bihar and Mumbai, India, and a hybrid bridge linking Botswana and Zambia in Africa. 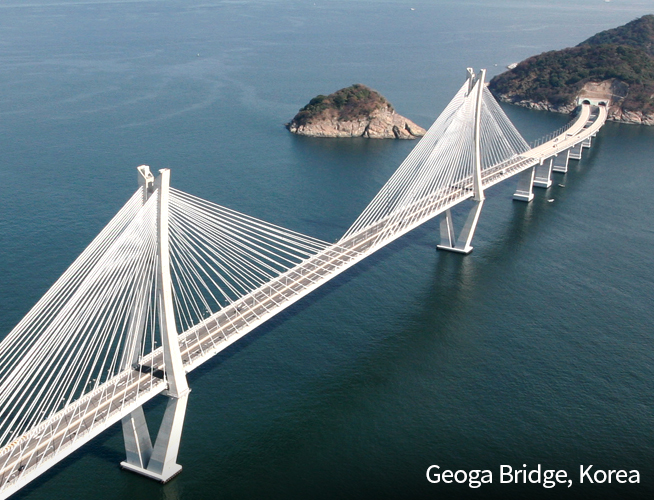 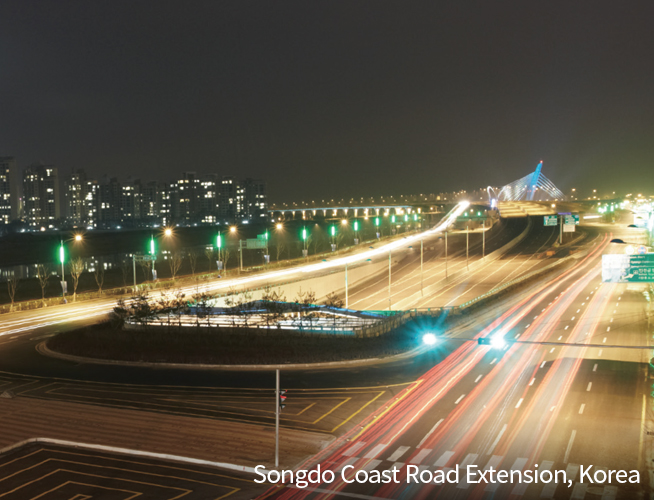 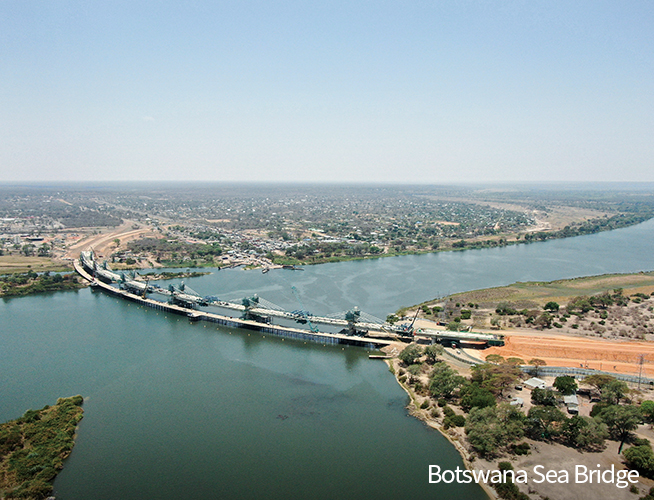 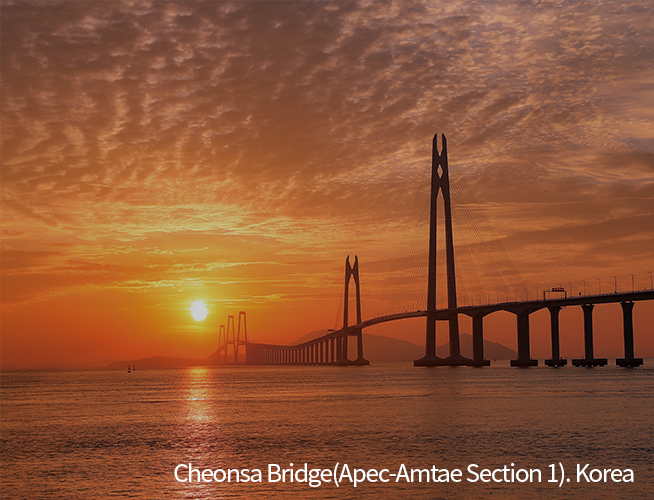 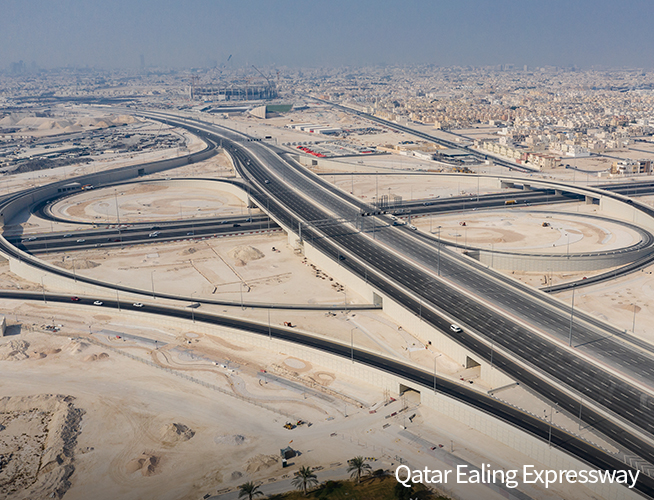 Daewoo E&C boasts industry-leading technology and construction experience in the area of high-speed railways. We maximize convenience and efficiency by drawing on our extensive experience, leading-edge design, and construction capabilities.
We have participated in the construction of almost all subway lines in Seoul and other major centers. We are also actively exploring overseas markets, including the Singapore Mass Rapid Transit system. 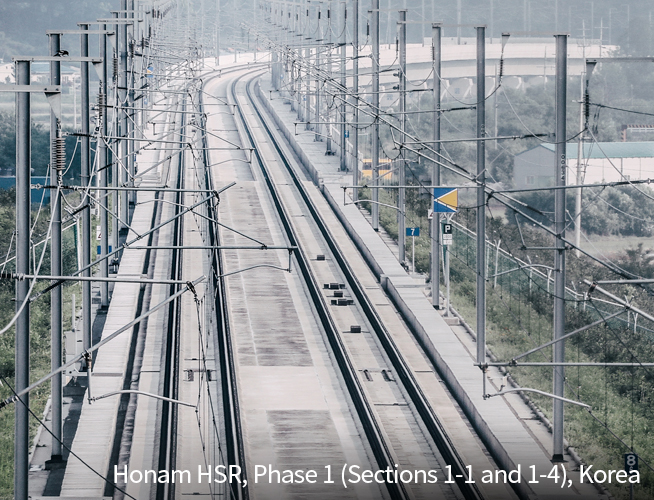 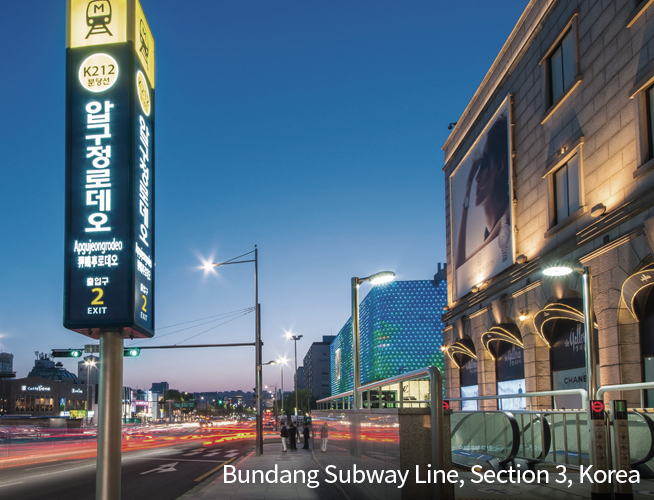 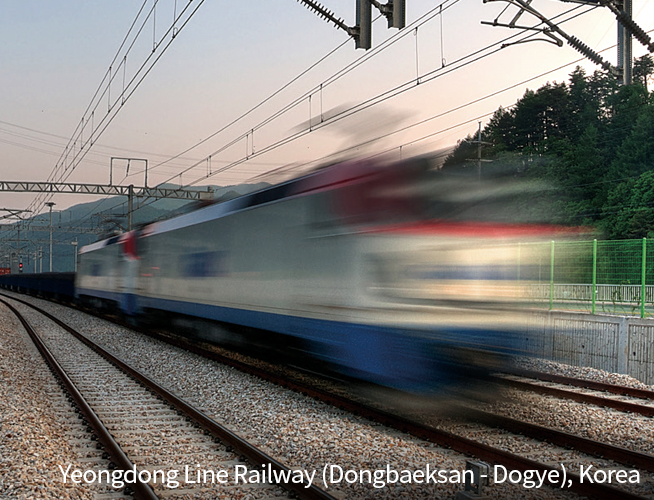 Daewoo E&C has become a leader in South Korea in the construction of harbor facilities, including revetments, breakwaters, and seawalls. By building the Busan Port-the nation’s largest container port-we supported the emergence of Busan as a globally competitive logistics base.
Overseas, we have completed the repair of many shipyards, including in Oman and Qatar. We also take pride in our differentiated technology expertise. Daewoo E&C has garnered international recognition for its technology in this area, with a solid track record in developing harbors, shipyards, and dams at home and abroad. 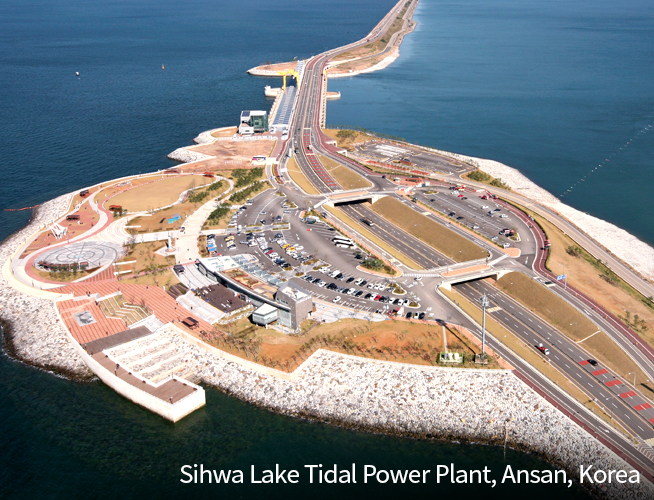 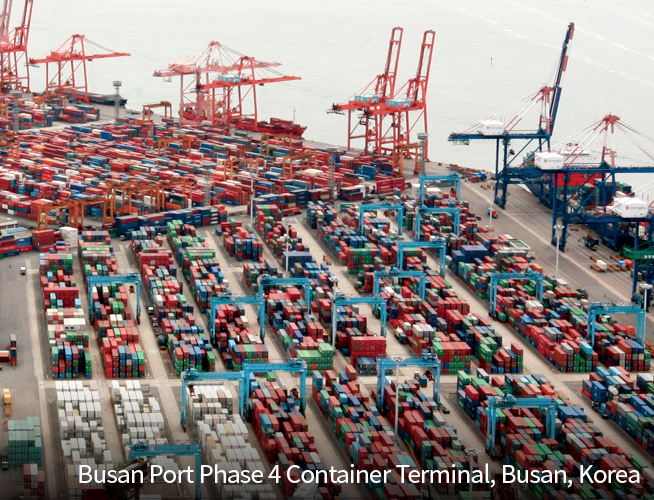 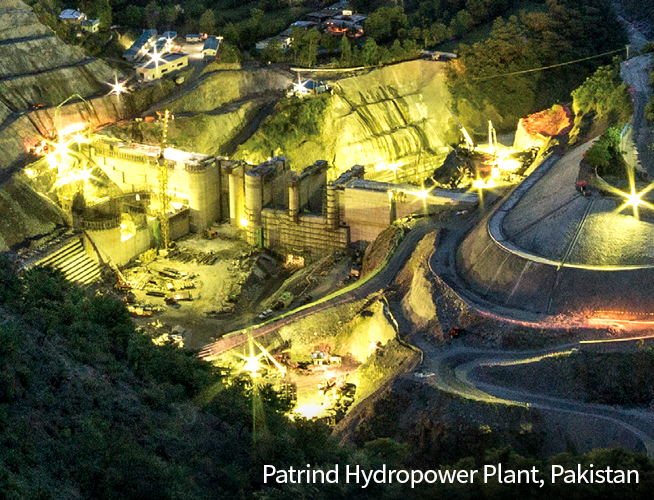 Daewoo E&C has consistently proven itself to be South Korea’s top performer in the innovative construction of water treatment facilities, including sewage treatment plants, water purification plants, and sewage pipelines. By developing new technologies such as Daewoo Nutrient Removal (DNR) sewage treatment system, we have taken the ground-breaking approach of moving all treatment facilities underground, creating parks aboveground and improving public amenities.
Daewoo E&C invests in innovative technology development that is leading the way in future energy generation and supply. We are also becoming a recognized leader in the green energy business. 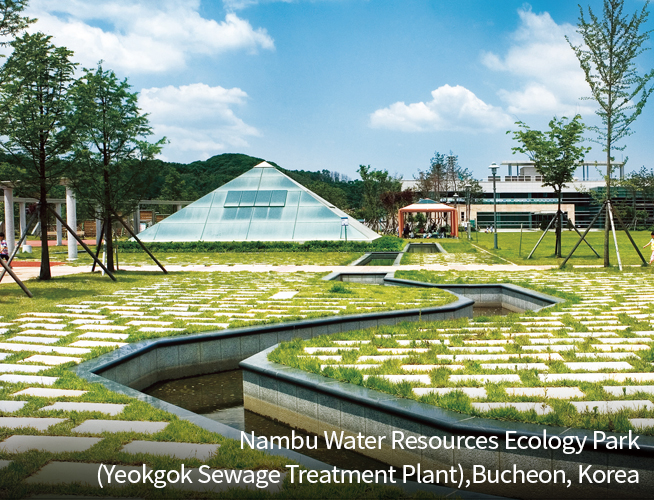 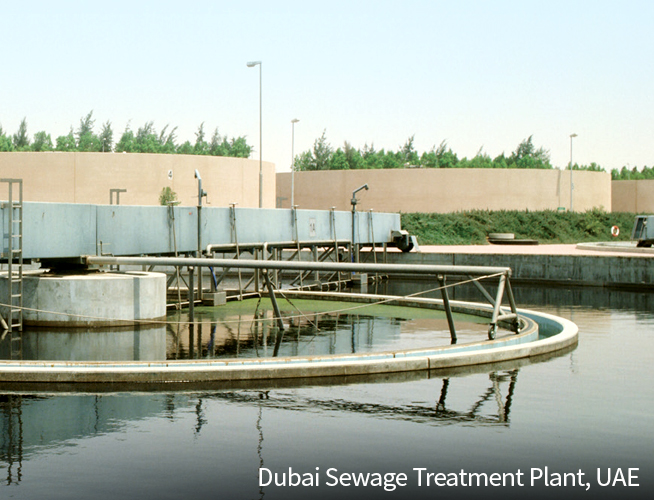 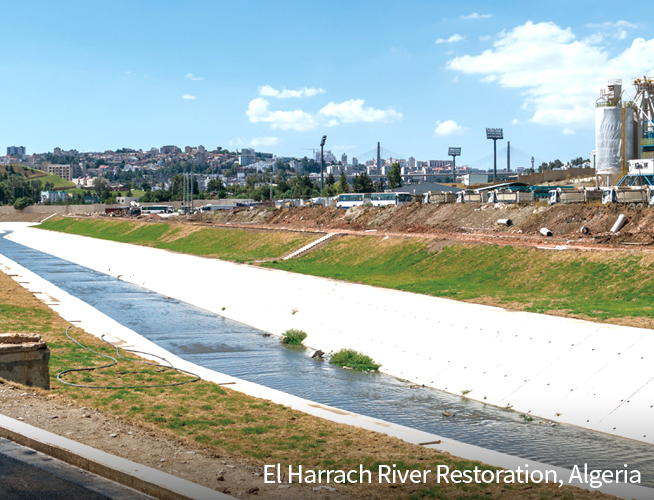 Daewoo E&C is committed to meeting this challenge by constructing a wide range of leisure facilities that allow for enjoyment and play amidst our hectic, modern lifestyles. Today, our highly regarded construction approach seamlessly integrates nature into our designs. We have greatly increased the quality of golf courses constructed in South Korea.
The Pocheon Adonis Country Club, which led the advancement of golf courses in Korea, Gangwon Land, which was built at 1,150 meters above sea level, and Yeongcheon Country Club, which has been recognized as a luxury course, has upgraded golf culture in Korea to the next level. In other countries, we have also built high-end golf courses and resorts that intertwine seamlessly with the local natural scenery. 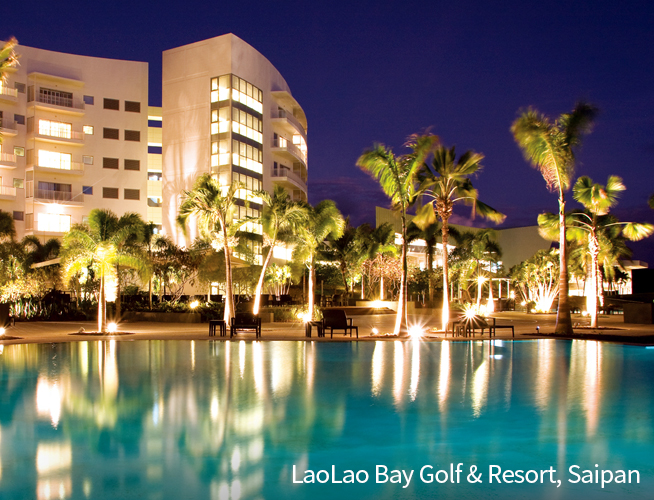 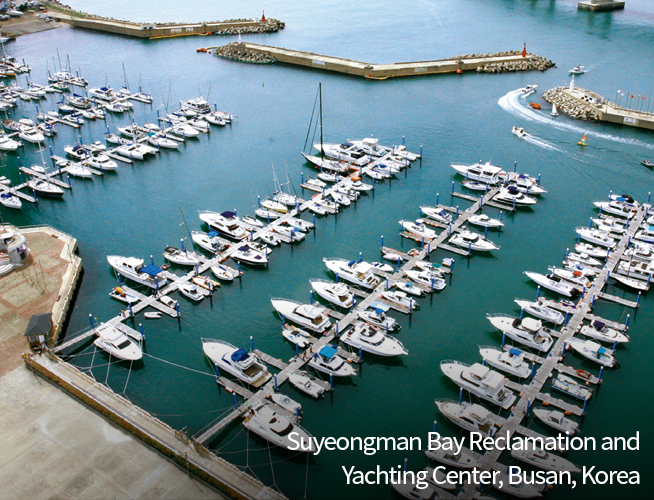 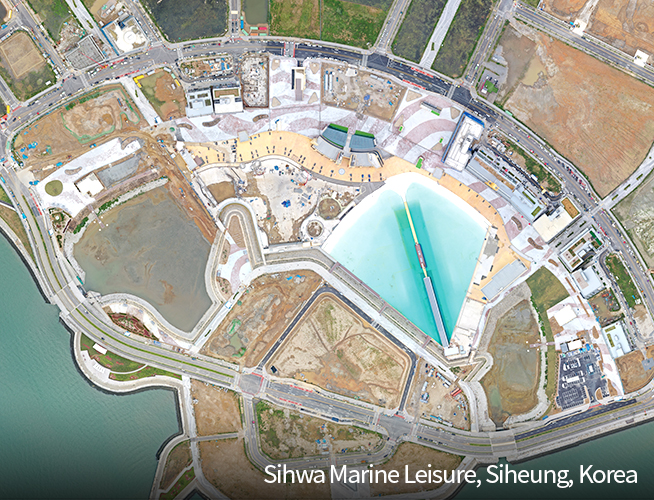